by Amanda Drews as told to Lisa Reit

A few days after my son Hudson died, my older son, Calvin, thought he could tell me why. In reality, we don’t know how Hudson died. Our family of four had just celebrated Hudson’s first birthday and he was happy and healthy. He died on a spring day in the early morning hours during a horrific series of events I still replay in my head every night. They begin with the seven minutes my husband tried to resuscitate him at home before the ambulance arrived and continue at the emergency room hospital where he was pronounced dead. After I’m done reliving it all, the guilt comes rushing in heavy and deep. Babies aren’t supposed to suddenly and inexplicably die because their parents are supposed to take care of them. That’s what the guilt tells me, disguised as the voices of knowing adults around me.

And I know Calvin will be here for me. I also know he deserves a mother who will be there for him. At the moment though, I’m finding it pretty difficult to be anywhere. I’m walking around crying silent, constant tears and if there is any comfort to be found after something like this, I haven’t found it. I went to the gym the other day and after I missed the class I wanted to attend, I just stood on the elliptical machine and cried.

I believe Hudson deserves a legacy, but I think it is difficult for some people to really feel like they can know a baby. But I knew him, and what I want people to know about Hudson is that he loved soul music. Patti LaBelle and Carole King always made him dance. He loved to sit and just take in the world around him, and there were times that he seemed so much older than his age to me. He and his cousin Maddie were only two weeks apart. They were just little people, but you could already see their future together, their bond.

I also want people to understand that Hudson was my person. His spirit, his physical appearance; they were just like mine. Since he always wanted to be held, and since I was still nursing him, he was always around me wanting to be cuddled. I hoped for a second child for a long time, and when he finally came, everything felt perfect. I was the mom who sat down and played cars on the floor with my kids and snuggled with them after a day at work. Maybe I didn’t do that often enough, but that’s the thing. Maybe there are just never enough ways to show our children how much we love them.

I can tell you the worst thing someone said to me in the days following Hudson’s death, but I’ll start with the best thing. It was just a text message, from my cousin Dan. He hosts a local music podcast and told me that if I felt like sitting with him in the studio and having a Third Eye Blind marathon with him, he would be totally okay with that. I thought that was the best thing – to have an actual suggestion of how to come alongside me during this time. A lot of people say that if I need anything, I should feel free to call them. But I don’t know what I need, and it’s a half hearted attempt at being helpful to make the person who needs the help come up with all the ideas. The worst thing was when someone suggested that someday, I won’t think about Hudson’s death so much and that soon, I’ll be able to put this tragedy behind me. But I don’t want to walk away from Hudson, and I know I’ll think of him every day for the rest of my life.

Calvin and Hudson were five years apart, the same age difference as the one between my husband and his older brother. When we found out during the mini gender reveal party we hosted during my pregnancy that Hudson was a boy, Calvin was so relieved. He said that he wanted a brother so that their relationship would be “tight, instead of loose.” I don’t know where he got that idea, but maybe it’s from the close relationship he sees between his father and his uncle. I used to have to tell Calvin a hundred times a day, “Put Hudson down.” Calvin was always picking him up and moving him places. I don’t know why. Hudson would be perfectly content somewhere, then Calvin would come and move him, and he would begin to cry. While Calvin and Hudson adored each other, they were also normal siblings who antagonized one another and I was the normal mother that got frustrated by it. But the love between them, it was always there, and it was tight.

I found out after the funeral that my husband rewrote the words to the first verse of a Vince Gill song for the soloist so that they made more sense given the situation. My heart breaks imagining him doing that, and it’s been hard to watch him grieve differently than I am grieving. I lost my baby. I can’t lose my husband. There have been hundreds of couples that have gone through this and gotten through it together. But that’s my biggest fear right now. I just need him to know that through this, I’m not giving up on the life we’ve created together.

I avoided the breast pump for four days after Hudson’s death. I also avoided food. The thought of nourishing myself and not having my baby there to nourish just about broke me. I didn’t feel like I deserved food, to be well or alive. That’s how the guilt I feel tries to punish me. But eventually, the pain of engorgement came and I pumped the milk and put it in my freezer where it remains today. Every time I pumped, I tried to pump a little less to simulate weaning; a process every breastfeeding mother knows can be an intensely emotional experience even when the child you’re weaning is still alive. In the shower, milk still came out for a little while. But it’s gone now.

People wouldn’t look at me and say I’m a holy roller, and I can’t imagine anyone would describe me as godly. I don’t go to church every Sunday, and many parts of religion feel out of sync with who I am. But either I lean in and believe there is a day I am going to see Hudson again in a place called heaven, or I crumble. I’ve found myself looking up into the sky these past few weeks and thinking, “Hudson, I hope you’re there and I hope you’re safe.” Calvin believes he is in heaven too. He told me he has seen Hudson there.

“I see him,” Calvin said while lying on our bed one afternoon, lightly closing his eyes. “He’s holding a blue butterfly.”

Who am I to say that Hudson isn’t in heaven holding a blue butterfly? Honestly, I hope he is. Because the world I’m living in is spinning all around me, and I’m just standing here in my grief feeling like I’ve forgotten something.

It’s the loneliest place I’ve ever been. 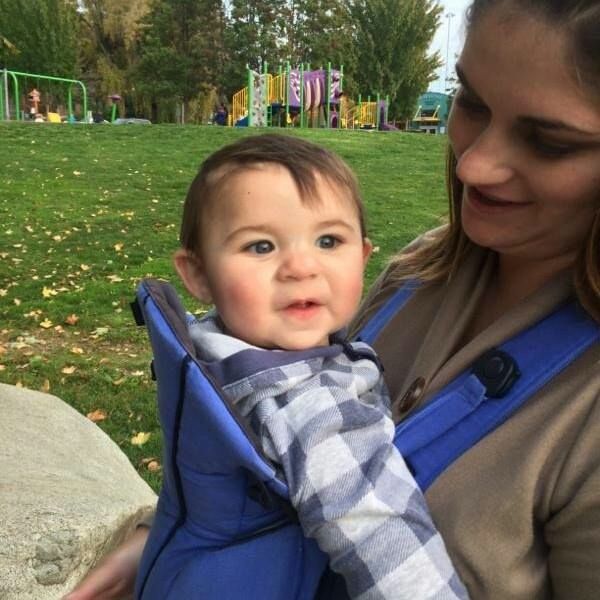 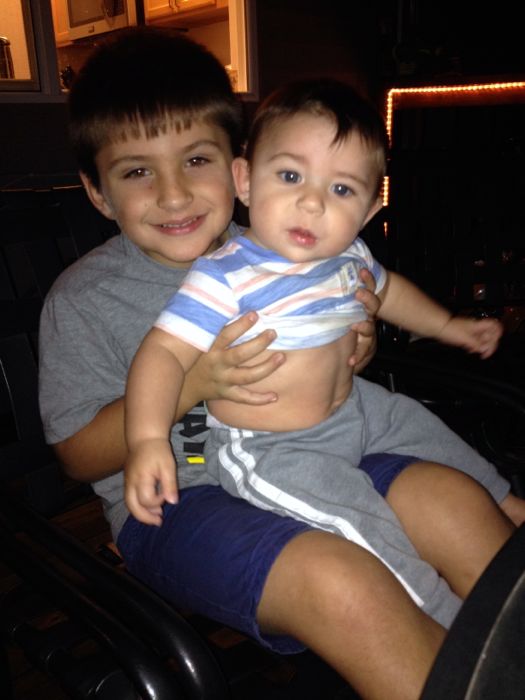 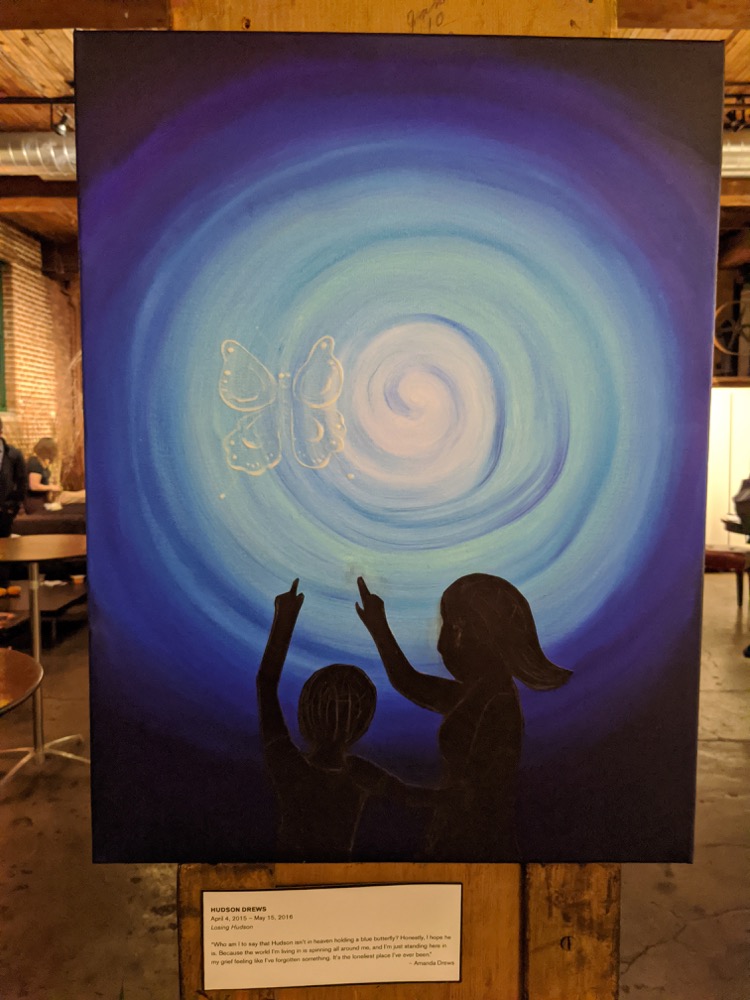 On October 27th a number of Buzzy’s Bees volunteers participated in a webinar, “Becoming Grief Informed,” through the Dougy Center. It was presented by Monique B. Mitchell, PhD, FT, who